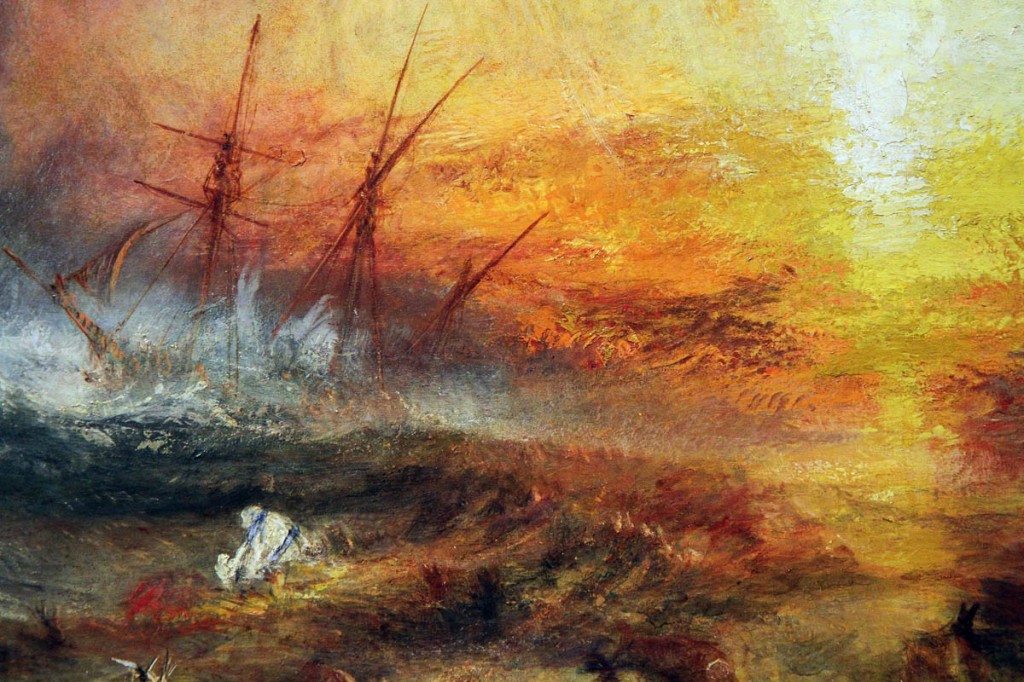 Today, it is common knowledge that Jefferson, Washington, and many other revolutionaries were slaveholders. They profited not only financially but also socially. As Samuel Johnson famously said of the colonialist “Why is it that we hear the loudest yelps for liberty from the drivers of Negroes?” Johnson proclaimed Americans as “zealots of anarchy” and formulated a scathing depiction of “These lords of themselves, these kings of ME, these demigods of independence” in his famous pamphlet Taxation No Tyranny. Johnson’s incisive rhetoric showed the hypocrisy of the colonists claims to independence. Our paradoxical heritage is far from healed. This duplicitous history makes it hard to embrace the American dream. The residue of slavery is still lingering in the air. But despite our inhumane and criminal heritage here’s still something remarkable about America. Like energy Americans are constantly changing their forms or images. Sometimes for the good and not so good.

Change is ubiquitous within the dynamics of American society. Similar to this vein of thought is the role of women in society past and present. When Elizabeth Katy Stanton claimed the right for women to be equal to and among men she drew inspiration from Jefferson’s Declaration of anarchy.  Stanton used the words of Jefferson to justify women’s rights to become equals to their husbands, fathers, sons, and others. An act of anarchy to some became the assertion of freedom to others. In 1776 John Adams was asked to consider granting suffrage to a larger population in the mists of a revolution. His reply was lucid and not the least bit ambiguous:

There will be no end of it. New Claims will arise. Women will demand a Vote. Lads from 12 to 21 will think their Rights not enough attended to, and every Man, who has not a Farthing (Property) will demand an equal Voice with any other in all acts.

Imagine what Adams would thing if he saw his creation in its modern day form. People such as Frederick Douglas, Elizabeth Cathy Stanton, Gloria Steinman, John F. Kennedy, Marilyn Monroe, Kanye West, Emerson, Eminem, Walt Whitman, Walt Disney, Jay-Z, Ice-Cube and Tea, Marilyn Manson, Jenna Jameson, Norman Mailer, Noam Chomsky, and our current president just to name a few. The list is infinite. But in spite of Adams and the others original intentions all of the above names share one underlying identity. They are Americans who have claimed those words of Jefferson’s for themselves and arguably for the betterment of us all. In the same way Americans claim their own idea of freedom for themselves, feminist must adapt to new models more reflective of a changing landscape. When Stanton and her fellow suffragists met in Seneca Falls for the first time they dared to dream of a future for women without limitations.

Women in 1848 were for the most part property of men. A husband, son, brother or other male relatives ultimately defined what a woman would or could become in a larger society. Luck or resourcefulness, perhaps both, created the rare woman of independent means. But for most life’s realities at the time hardly beckoned such a luxury of ideas.  It was in London at the World Anti-Slavery Convention that Stanton met Lucretia Mott in 1840. Mott was a Quaker from New York and a delegate at the International Anti-Slavery Convention. Ironically she was asked to speak but not allowed to participate further as male delegates had excluded women’s presence prior to the convention. Eight years later Stanton and Mott organized the Women’s Rights Convention. At the time the majority of American men were not enfranchised under the constitution. That right alluded to by Adams, was the exclusive privilege of few. Voting was limited by property requirements and religious affiliations largely restricting papists’ participation.

The audacity of Stanton’s claim to suffrage for women in a society that restricted the male population and allowed slavery seemed naïve to many and treacherous to others. Mott was even reluctant to make such an assertion. Today we take for granted the daring sentiments of women like Stanton and others. One woman in particular seems to exemplify the collective efforts of the suffrage movement’s original intentions of equality among the sexes.  She was a grocer’s daughter from Lincolnshire who went on to study at Oxford and later became Britain’s first female prime minister. She was undoubtedly a success story not only due to her humble working-class heritage but also by achieving the highest office in Britain. In light of Margaret Thatcher’s recent death it’s important to remember her contribution to women’s history. Furthermore, my admiration for Thatcher has its limits. Her American counterpart Ronald Reagan was not considered a demigod in my household, putting it mildly. A view I embrace today.

In the end she exemplified the hedonism of the 1980’s. Her laissez-faire approach to the economy ultimately refutes any claims of glorification of  Thatcherism. Regardless of her administration to a great extend her gender and politics are non-sequechers. Beyond her political acumen she undoubtedly epitomizes the sentiments conveyed at Seneca Falls. Perhaps she was correct to assert her view of women’s lib but that does not ex-communicate her from the temple of feminism. When feminist proclaim to unify women regardless of race, creed, or religion, should they not also embrace women who dare to think and act outside the mainstreams ideals of the movement? Interestingly conservative women have done something quite remarkable. They have claimed feminism, whether consciously or not, for themselves in much the same way the founding fathers had no intention of their ‘liberty’ extending to women, minorities, former slaves, immigrants’, etc.. Feminists such as Friedan probably didn’t have in mind “Attila the Hen” just like Adams never intended women to have the vote. Ironically that hen laid the first golden egg in the mystique coop. Hopefully, it won’t be the last.

iThere are no comments

ladyberd.com is licensed under a Creative Commons Attribution 4.0 International License.

Begin typing your search above and press return to search. Press Esc to cancel.