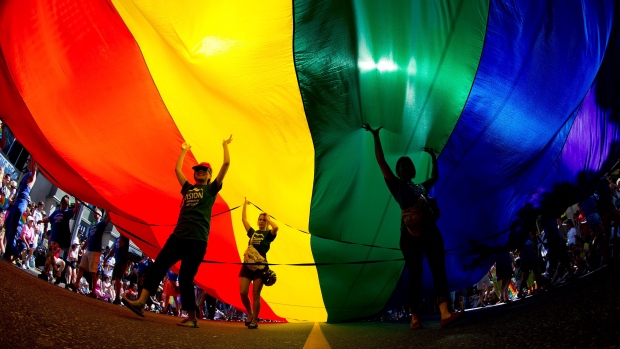 Love can never live with hate as its accomplice. Like the sun it can only shine at the beginning of a new day. Like hope it can never be doomed to failure. It can never hide even when it’s unsafe to express it to the ones we choose to share our lives with. There are few political moments that bring tears to my eyes. One was 9/11 and the night President Obama was elected for the first time in 2008. Yesterday was added to my memory palace. Love no matter what always wins.

Justice Kennedy for the majority: “No union is more profound than marriage, for it embodies the highest ideals of love, fidelity, devotion, sacrifice, and family. In forming a marital union, two people become something greater than once they were. As some of the petitioners in these cases demonstrate, marriage embodies a love that may endure even past death. It would misunderstand these men and women to say they disrespect the idea of marriage. Their plea is that they do respect it, respect it so deeply that they seek to find its fulfillment for themselves. Their hope is not to be condemned to live in loneliness, excluded from one of civilization’s oldest institutions. They ask for equal dignity in the eyes of the law. The Constitution grants them that right.”

iThere are no comments

ladyberd.com is licensed under a Creative Commons Attribution 4.0 International License.

Begin typing your search above and press return to search. Press Esc to cancel.